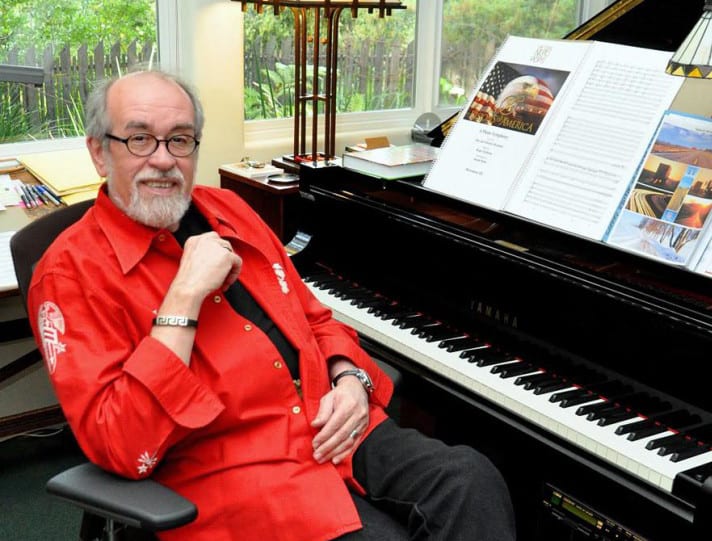 This is a free, online concert. Head over to Watch and Listen on August 14th at 5PM to stream this event.

Roger Kellaway is perhaps best-known for the closing theme “Remembering You”, which he wrote and recorded for the iconic TV sitcom All in the Family (1971–1979); and for his opening/closing theme for the spinoff Archie Bunker’s Place (1979-1983).

In 1970, Kellaway formed the Roger Kellaway Cello Quartet with cellist Edgar Lustgarden. Their piece “Come to the Meadow” was used as the theme for the NPR program Selected Shorts. For a 1978 album, Nostalgia Suite, the group became a quintet with drummer Joe Porcaro.

On November 7 and 8, 2008, Kellaway was bandleader and pianist for the Astral Weeks Live at the Hollywood Bowl concerts by Van Morrison, celebrating the 40th anniversary of Morrison’s acclaimed 1968 album.

Kellaway was nominated for an Oscar for Best Adaptation Score for A Star Is Born (1976), and a Grammy Award for Best Instrumental Arrangement for the Eddie Daniels album Memos from Paradise (1988). Guitarist Robben Ford credits Kellaway and Tom Scott, whom he met while playing for Joni Mitchell, as major influences on his music. Kellaway was featured on Ilya Serov’s original rendition of Django Reinhardt’s song “Swing 42” in 2017.